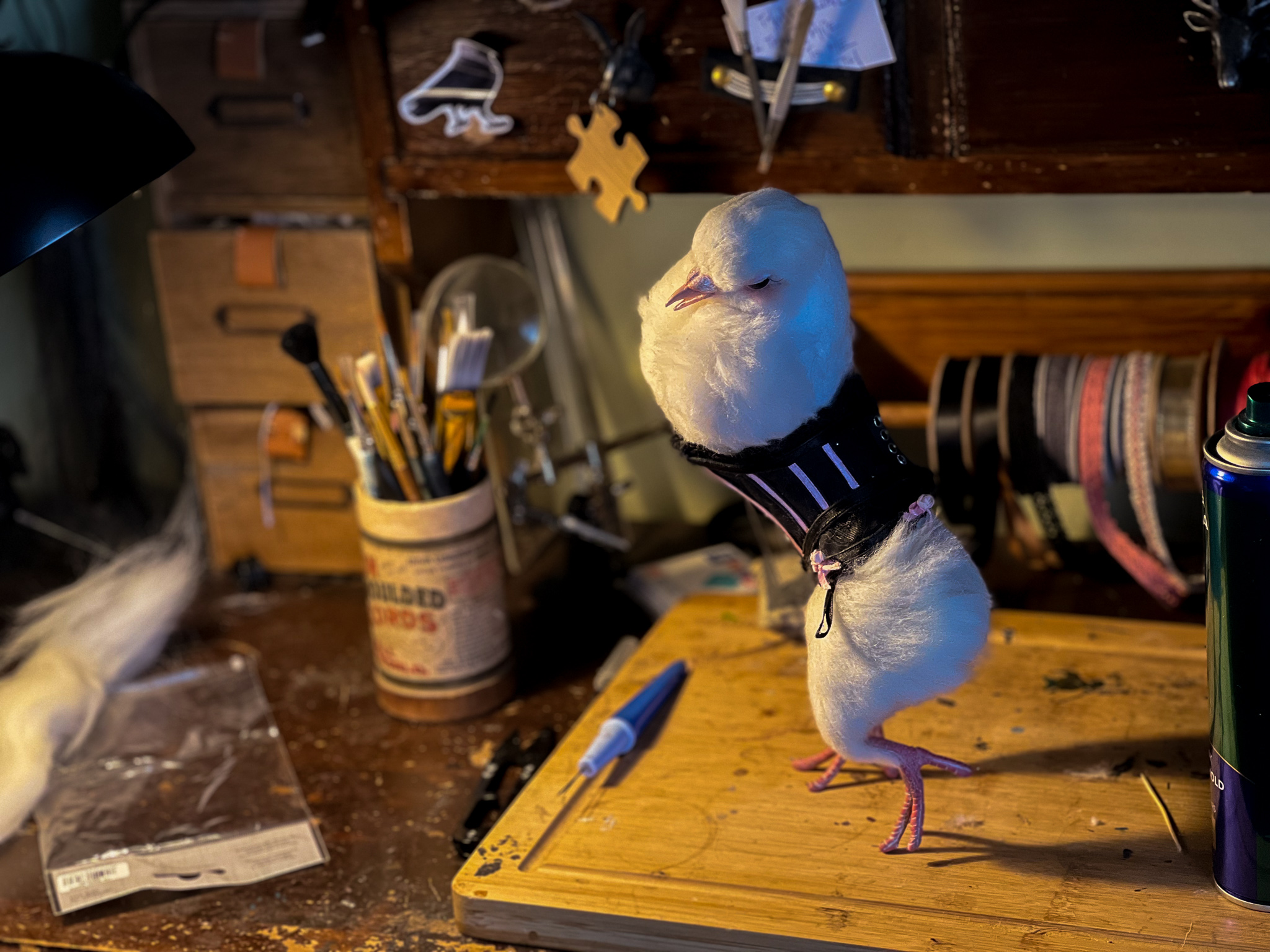 An update on the needle felt dove, this is one of the most exciting moments, making your self a drink and sitting back just to look at them, as they look back at you.

I always like to use glass eyes as the reflection is very rewarding, in some cases I like to buy blanks, so that I can then paint them inside the mold and add just a few extra details, but in this particular case, I chose a nice deep dark tone, and will add more water effects in the end stages, I find that this simply adds a softer glazed appearance, depth like this in the eyes I feel, gives them a lot more character and when you can see your self in their eyes..its almost magic!

when you can see your self in their eyes..its almost magic!

Even though I always have an idea on how I wish for any of my characters to be, when in the design stage, they often take over in direction and become more organic. This Dove was meant to be more of a cross over between the late Georgian times and Victorian, as if he was somehow trapped in a moment that her deprived life had unable her to move along with the times, but low and behold, she became a somewhat different build! I could see a softer and more gentle form appearing, that was now not locked in depravity and such like , but a much gentler and romantic style..so I went with it!